This project was our team's final project for our Electrical Engineering Embedded Systems Lab class. It purpose was as a data visualizer. Not only could we map any 2D image to a 3D spherical plane, but we could visualize any data in the form of a sphere. Specifically, we were interested in taking in audio signals through the use of a microphone and performing a Fourier transform of the signal to create a frequency spectral waveform that we could display.

We began with CADing the ring portion of the project so that we could easily have half of our team working on the LED ring portion, while the other half worked on the mechanical side of motor housing and electronics containment. Using the Longhorn Makerstudio's Gigabot 3D printer we were able to print a ring with a diameter of 20 inches. Once 3D printed we utilized a steel metal shaft that ran though both holes of the ring as the stem that would be coupled to the main ring. This shaft would act as the main part of the ring that would couple the rotation from the motor. Using some drop rolled steel from a local supplier we machined the motor housing and a coupler to connect the ring shaft to the motor shaft. 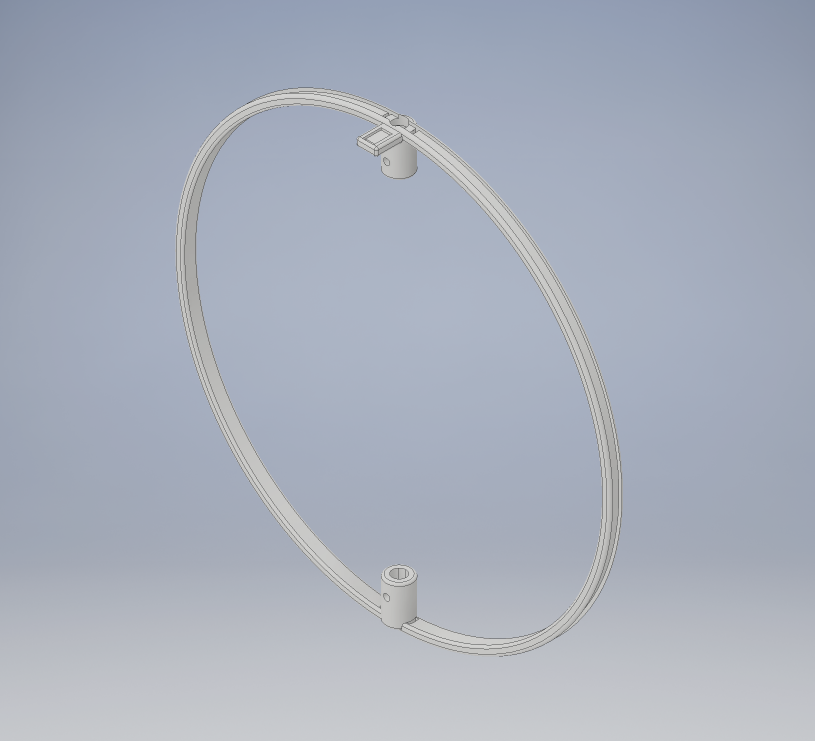 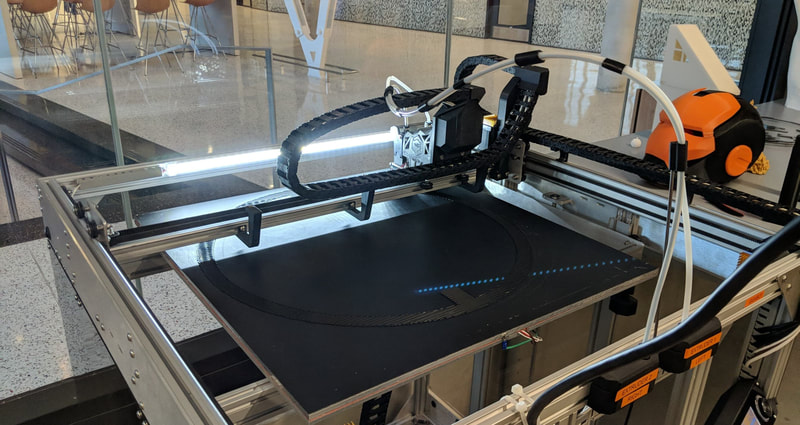 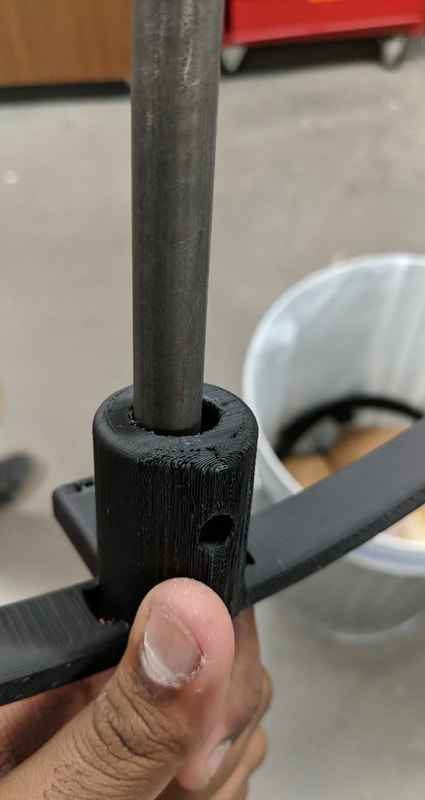 This is when we could test the software side of the ring and the interfacing with the electronic speed controller that varied the speed of the motor. Here we started with getting the globe to display, which we were able to do that at 300RPM. Once we were properly able to do that, we moved onto the Wi-Fi control of our system so that we could properly control the whole system without having to upload new code to our electronics each time we wanted new displaying features. Using an ESP8266 module we were able to interface with a Blynk app on our phones to control the ring's display. Once we established control, we moved onto getting the Fourier transform audio display working, and from there we just kept upgrading that mode to look optimal up until it was time to display it.