Defining our Atmosphere
Looking at a graph of the Temperature vs. Altitude of our atmosphere we notice a weird temperature fluctuation going on. Here is what is going on at each layer:Looking at a Pressure vs. Altitude graph you can see as you increase in Altitude the Pressure goes down as there is less acting atmosphere placing force downward.
Defining Space
​When we think of defining "space" we typically think "anything past our atmosphere". This is a correct definition of space, but it is important to note that space really shouldn't be defined from the scope of Earth since space is so endless that to make everything relative to a single point makes little sense. To put things in perspective, our observable definition of space estimates that there are around 1.5 x 10^11 Galaxies present. That means that the Milky Way Galaxy only compromises less than 10^-11 of the observable galaxies. That is infinitesimally small knowing that this is only our "observable" scope of galaxies.

And the Milky Way is compromised of our solar system:

Laws of Orbital Motion
The process of observing the orbits of each one of the planets and their moons have been done numerous times. But Johannes Kepler was the one who created 3 laws which govern the movement of all celestial bodies.
Kepler's Laws                         ("Period Time")^2  / ("Radius Of Motion")^3 = ("Some Constant")

Laws of Gravitation
​Years after Kepler, Newton would come to formulate the equation that relates the Force of Gravity enacted between two bodies. 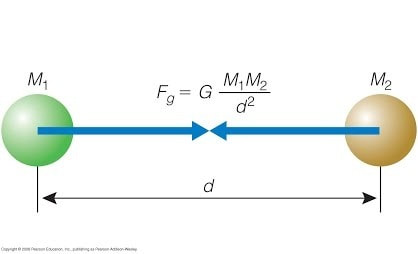 Standardizing the Parameters of Space Motion
Each of the following parameters are integral to describe the motion in space: Mass, Length, and Time.