Now that we understand how objects orbit around planets, we can now use some equations to figure out the total energy required to put a rocket into a particular orbit. Before we do that, let's talk a bit about the different types of orbits, and what distinguishes each from the others.
Types of Orbits
As we discussed in the previous lecture we can use an non-inertial frame of reference to define the circular motion around a planet by using a pseudo force known as a "centrifugal" force. This force is used to balance out the force of attraction that the planet has on the orbiting body, from this balance, we were then able to solve for angular velocity. From the angular velocity we were able to come up with the orbital velocity of the orbiting body, which is the velocity the body will be traveling at that particular height above the planet.
To start to differentiate the different types of orbit, it is easier to understand each if we translate the orbital velocity of the body at a particular height to the period of the orbit, which is the total time it takes to complete a full orbit.

There are actually two different values we define for the period of Earth's rotation:
Here are a few orbits of interest: 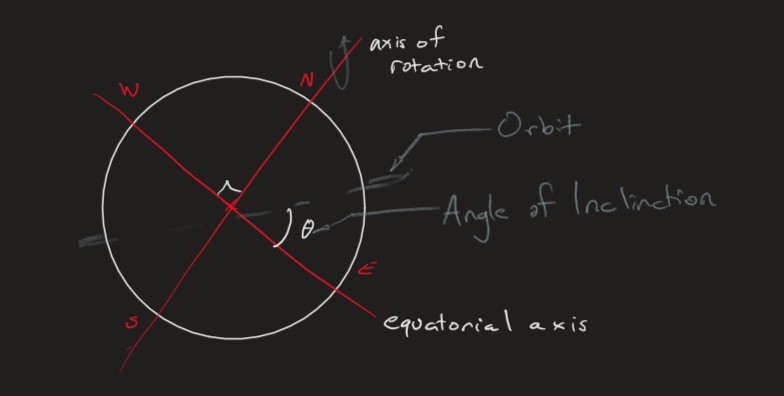 Elliptical vs Circular Orbits
From what we discussed from the Planets orbiting the Sun we described that they orbited in an Elliptical Orbit. But when describing satellites orbiting the Earth we discussed them taking Circular orbits? All orbits are considered Elliptical, but for the most part are almost identical to a circular orbit which is a special type of Ellipse in which the distance between the foci is zero. If we were to consider orbits to be perfectly circular we would violate this rule in the case where any sort of force (ie. a asteroid hitting the planet, or another Planet getting close) could pull the planet out of its normally circular orbit. Thus we categorize all orbits as Elliptical.

We discuss a parameter of an Ellipse known as eccentricity, which is a value ranging from 0 and 1 which describes how much the ellipse looks like a circular orbit (ie. eccentricity of zero) or like an unbounded ellipse (ie. eccentricity of 1).
Elliptical Orbits have two very important points in which the distance from the first focus is smallest, known as the perigee, and the farthest distance from the first focus is known as the apogee. The perigee and apogee distances are directly related to the eccentricity, as seen below: 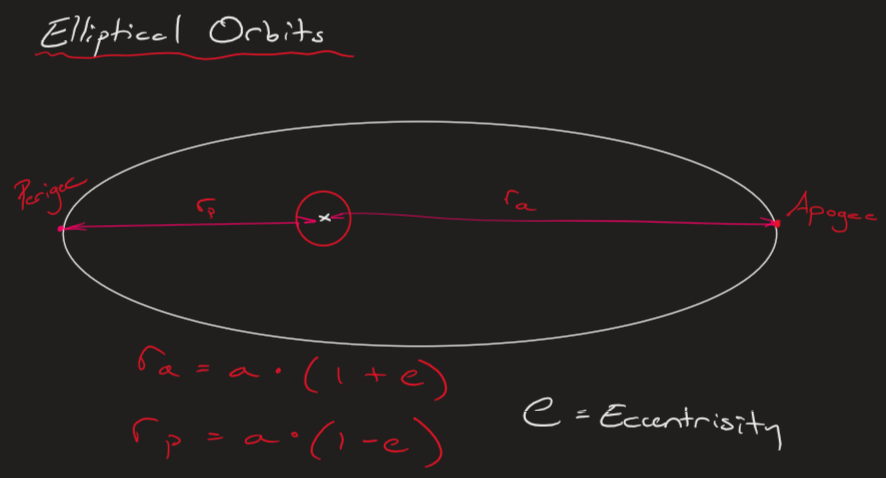 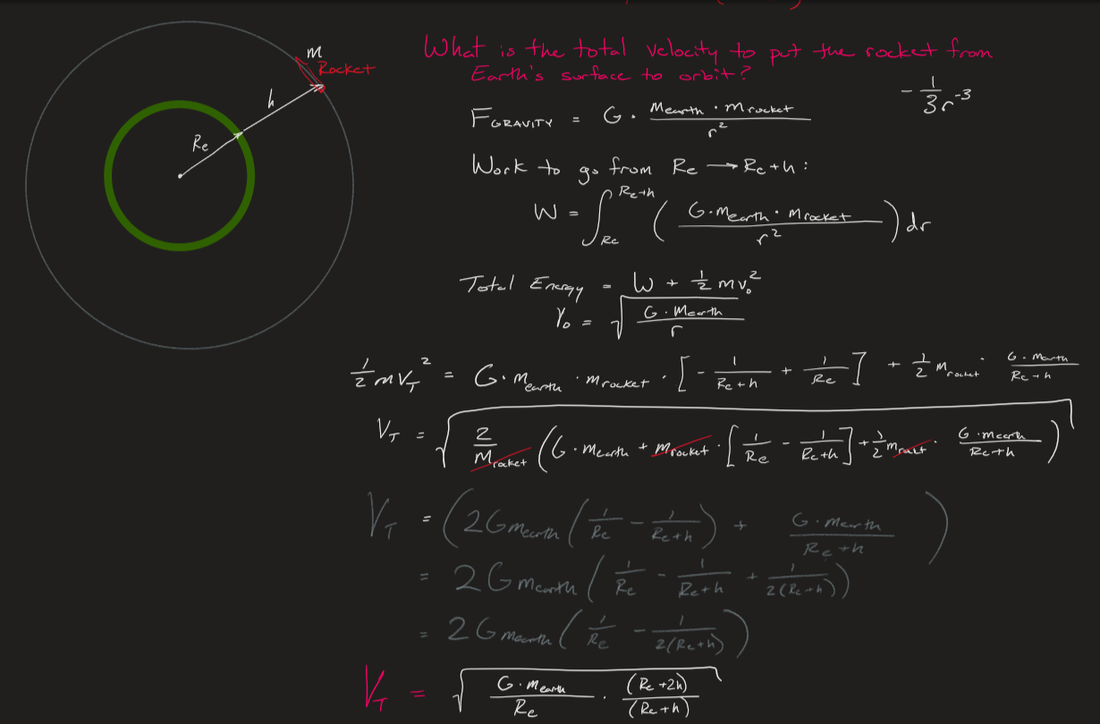 Calculating Escape Velocity
We define Escape Velocity as the velocity required to exit Earth's gravitational force. You can see how we do the calculation below:

Final Practical Orbital Example
Sir Richard Brandson, the CEO of Virgin Orbit is designing a air launch system that uses a high speed plane with a rocket attached to it, so that when it reaches an altitude of around 10-15km, then you launch the rocket. What is the value of the velocity needed to take the rocket from 5km to 100km orbit?

From what you can see above 1.278 km/s is the needed velocity our rocket needs to get to in order to reach the 100km orbit. But if you were to compare this value with the value you get if you started on Earth's surface, you would find that this velocity does not change by much. Thus, it is not very advantageous to perform an air launch? While the total velocity may not have changed much, there is an orbital velocity component that is given to the rocket which will gives an advantage to sizing a smaller rocket.